Introducing our Founder and CEO 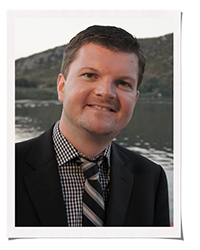 Aidan Gilligan has over 15 years' top-tier experience in communicating international science. His drive is advancing understanding for science around the world. His speciality is spearheading comprehensive campaigns that accentuate facts above perceptions about often difficult to communicate issues. Aidan has project-managed over one hundred press and tailored stakeholder events, plus numerous scientific symposia at the nexus of science and society. In so doing, he works closely with policy-maker teams up to Chief Science Adviser and Ministerial level, while forging strong ties with representatives of global media associations and membership organisations.

Successful press campaigns include the launch of the EU's 6th Framework Programme for Research; EU involvements at the UN Framework Convention on Climate Change; organising the 25th anniversary of the EU's Scientific Support Programme to the International Atomic Energy Agency; and conceiving demonstration events ranging from GMOs, hydrogen fuel cells, and satellite technologies; to food safety, chemicals policy and alternatives to animal testing.

Aidan pioneered the EU Joint Research Centre's Annual EU Science Lecture and a series of well-received, high-level Consultation Events involving the US, British, and German governments, amongst other reputable science-led groups. Notably, he has been a prominent symposia organiser at the annual AAAS and bi-annual ESOF meetings, while being a member of both.

In 2008, Aidan coordinated the Irish Government’s Bid to host European City of Science 2012. In 2011, he was appointed to its International Media and Marketing Committee. In 2012, was co-opted to the Governing Board of Euroscience.

More recently, Aidan has worked as a strategic adviser on science communications to, amongst others, the government of South Africa; the Directorate-General for Research & Innovation and the Chief Scientific Adviser to President Barroso.

Aidan has been nominated and accepted membership of the World Federation of Science Journalist's International Advisory Committee: www.wfsj.org

Aidan's LinkedIn SciCom profile was one of the top 5% viewed profiles in the world in 2012.