Science Diplomacy
Science as a universal value and bridge for prosperity is a core concept at the heart of SciCom’s brand of science diplomacy. Right now, the ‘playbook’ at the boundary of science, society and public policy is being re-written, by multiple groups with multiple mandates and agendas.
Read More

Science Politics
The role of science diplomacy will differ according to the specific context and stakeholder we engage with. We call upon all stakeholders: governments, scientists, industry and the public at large to cooperate to ensure reliable, evidence-based policy-making.
Read More

Thought-Leader Essays
Science is relevant to politics, policy and power because it is based on evidence and gets it right most of the time. In what some now call our ‘post-factual’ society, however, with its cauldron of competing interests, knowledge is ever more complex, contingent and contested.
Read More

Follow us on @SciComEU to be the first to know what’s happening worldwide and where the public interest lies.
Read More

The Brussels Declaration was published on 17th February 2017, at the meeting of the American Association for the Advancement of Science in Boston, Massachusetts. It is a 20-point blueprint for a set of ethics and principles to inform work at the boundaries of science, society and policy. It makes the case for a multidisciplinary approach that will encourage greater integrity and accountability among stakeholders.

The document brings together findings from a series of five consultation events and symposia at global conferences in 2012–16, in which more than 300 individuals from 35 countries examined the science of science policymaking. Using a grass-roots approach involving politicians, science advisers, scientific officers from industry, civil-society leaders, clinicians, social scientists, academia and science editors, the aim was to boost understanding of how power operates in science and society and to explain why evidence plus dialogue rarely equals good decisions and laws. 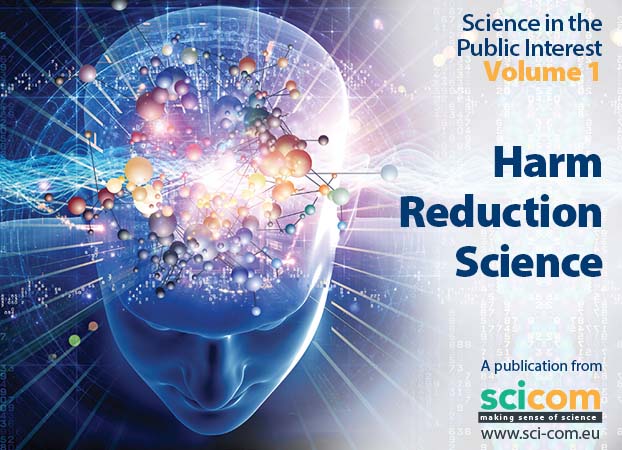 Pearl Dykstra is Professor of Empirical Sociology at Erasmus University Rotterdam and Member of the High Level Group of scientists advising the Cabinet of European Commissioners.

"Science advice is most effective when scientists and policy-makers work in a consultative way. Building links with policy-makers requires patience and resources, so scientists must be supported in their efforts to forge such links."

United Nations Special Envoy for HIV/AIDS in Eastern Europe and Central Asia; Member of the Global Commission on Drug Policy

"We have all heard about bad science, bad pharma and big tobacco or alcohol, but what gets overlooked is the life and death impacts of bad policy-making. We must challenge our killer policies. The political barriers to improved health practices must come down."

"The body of work achieved over this five-year reflection is truly remarkable. By cleverly using substance addictions to tease out those best practices and pitfalls relevant to all actual advice mechanisms, the world of science and society has a new blueprint we must all put into practice."

"These consultation exercises are indispensable in looking at how we might form science policy with an ethical muscle. It may seem obvious, but fitness of any kind needs motivation, goals and practice to achieve definition. This is one important way of approaching a much needed strengthening of our body politic."

"What this novel series of discussions proves is that even inside some of our most reputable scientific and policy enterprises we can get it wrong. Scientists are central to providing accurate and complete information that can be used to guide policy and practice. Minimizing and addressing bias in the collection and reporting of data is key to maximizing the influence of such knowledge. This consultation process has broken new ground for many in making it clear that a broader array of scientific inputs and actors are required to get it right."

"Scientist have to leave the ivory tower to impact on society, but to do so credibly, advice must be based on sound, ethical and humane science. They owe the society that finances them the best advice possible and must be open for communication and criticism.”

"This is a worrying time for those of us who believe public policies should be based on the best evidence available. Profound ethical principles and social responsiveness are necessary preconditions for restoring trust in science. The Brussels Declaration presents a much needed bottom-up approach to science advice that requires broad societal engagement and policy action.”

While defending the evidence, science advisors must show empathy for public concerns. Acknowledging the other's viewpoint is a precondition for engaging in an open-minded societal dialogue."

Editor-in-Chief, The Lancet, formerly First-President of the World Association of Medical Editors

"Harm reduction science is arguably one of the best kept secrets in public health today. It has unquestionable potential to vastly improve how public, private and third party groups work together on preventable causes of disease and premature death linked to lifestyle."

"Our greatest challenge impacting human health and our eco-systems stems from the ongoing emergence of new viral strains and mutants as a consequence of globalisation, migration and travel. We need to ensure better global coordination of warning and control systems, vaccines and epidemiology while not letting the interests of agriculture and the drug industry trump those of public health."

Deputy Minister of Corrections of Georgia

President of the European Brain Council, Consultant to the World Health Organisation & Adviser to the European Union

"The greatest public health challenge we face is threefold: getting medicines to market quicker without jeopardising their safety, balancing the co-morbidity and polypharmacy of an ageing population and dragging all stakeholders out of their silos to work together."

"Countries should acknowledge addiction as a problem requiring equal status to cardio-respiratory diseases and cancer. The challenge is to formulate a policy of decriminalisation that is possible for politicians to implement. Getting people to listen is the trick."

"The conglomerate of non-communicable diseases all related to eating habits and sedentary life-styles with its impact on health equity is the most important health challenge. Health research has to improve its ability to deliver better descriptions of complex problems to politics and society."

"Mental illness is our greatest challenge. 90% of mental illness sufferers kill themselves, more than murder and warfare combined. WHO says this accounts for 38% of all ill health in high-income countries where heart disease, stroke, cancer, lung disease and diabetes account for 22% combined. The cost of therapy is not high - about the same as 6 months’ treatment of diabetes. But less than 25% are treated compared to 90% of diabetics. Tackling mental health is our greatest individual & societal opportunity, also from an economic perspective."

Founder of the Fagherström Test for Nicotine Dependence, Recipient of the 1999 WHO Medal for outstanding work in tobacco control.

The biggest challenge is with tobacco because it causes the most harm. It also provides the biggest opportunity since nicotine by itself is not that harmful. Thus the challenge for the policy is to design systems so that people chose to use the least harmful tobacco and nicotine products. The effects of drugs and alcohol may be more disturbing for society, but in terms of monetary costs to society, death and disease, they fade in comparison to tobacco smoking.

"Harm reduction, particularly in drugs, alcohol and tobacco, is the greatest preventable public health challenge we face today. I look forward to bringing together some of the best minds around to look at the science underpinning current approaches and challenging policy-makers to do better."